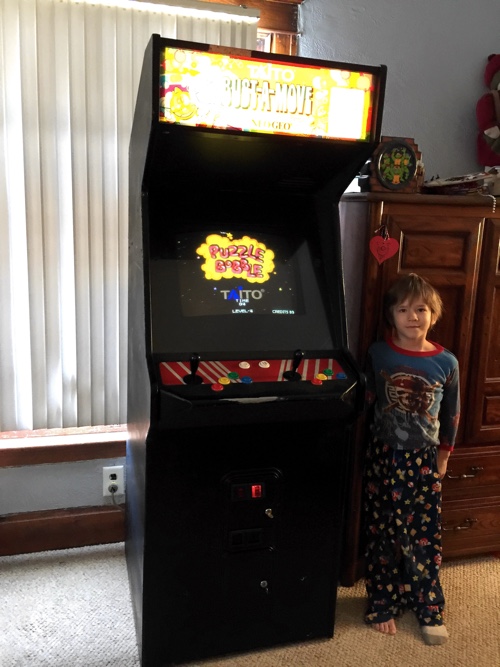 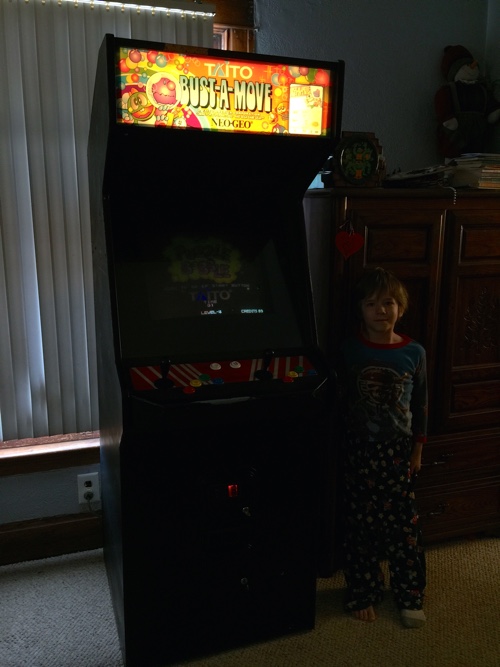 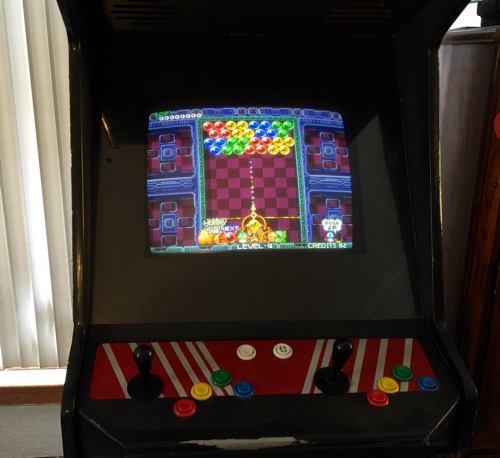 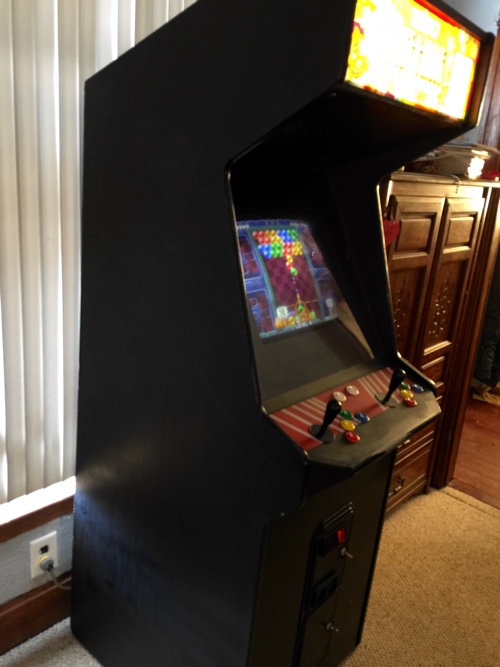 I wanted to change things up with my headless MAME arcade cabinet. First off, as my first post showed, I had it connected to my main video game screen, but to the left of it. I don’t enjoy playing games where I stand in one spot and look to the right. It’s not comfortable playing that way. Second, I didn’t have the space to position it correctly to use that screen, so buying another television to use was at the top of my things to do with the cabinet. And third, playing some arcade games on a horizontal TV sucks.

Moving the arcade cabinet was pointless until I addressed the need for a television. I saw a post on a local buy-sell-trade group on Facebook from someone selling a 32” Magnavox flat screen, and at a inexpensive price. Taking a chance, I picked up the Magnavox for $40. If didn’t come with a remote, so for another $7, I picked one up on ebay.

I didn’t want to just set this screen on top of my arcade cabinet. That would only solve two of my three issues. So my next purchase was on Amazon for the Cheetah Articulating Arm TV Wall Mount with a 20-Inch Extension. The big draw for me with the Cheetah was that you could also rotate the screen to a vertical orientation, thanks to the ball connector behind the mount itself. 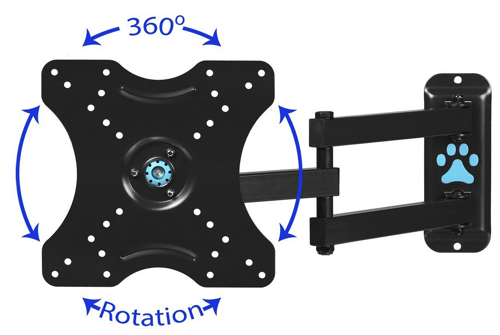 Drilling some pilot holes, and some anchors, I installed the Cheetah on my wall at the level I wanted the television, then installed all the wiring I felt I would need. Finally, I installed the mount itself to the Magnavox, then connected it with the rest of the wall mount. A quick test showed it would be easy to rotate my screen 90’. 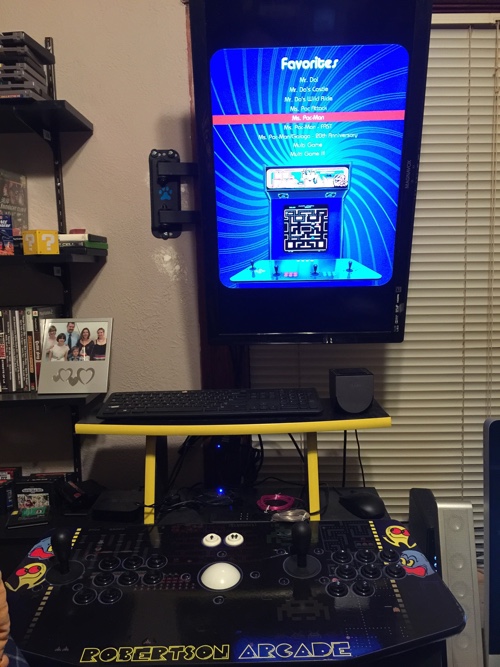 Because I play mostly vintage 1980s arcade titles, like Ms. PacMan, Mr. Do!, Burger Time, and the like, I set up the software to automatically show Maximum Arcade rotated 90’. The positive side of this is that I can now play those games on a vertical screen, more like they were in the actual arcade cabinets. The downside is I cannot get Maximum Arcade to fill the screen: it’s either smaller than the screen size, or too large. 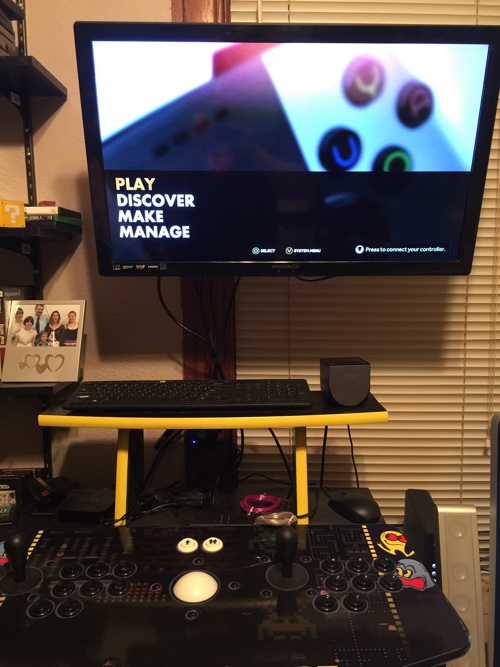 This set up, at least for the time being, works well for me. While I would love to buy a few dedicated arcade cabinets, I simply don’t have the space in our home for one. I could fit one in if I did away with one of my gaming shelves, but I don’t want to do that, either. So for the time being, this is my set up, and it’s good enough for me to get my arcade fix.